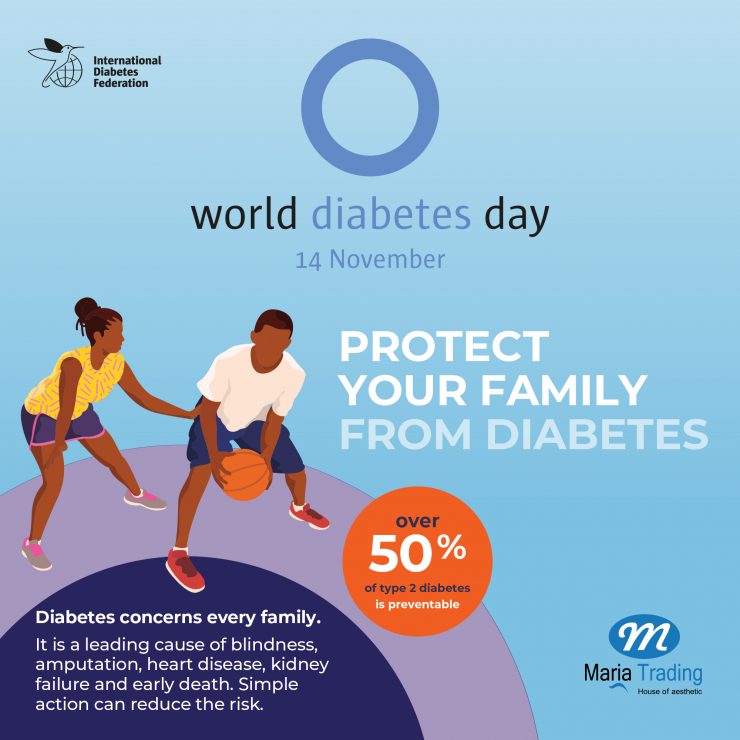 Diabetes is one of the most stressful — and serious — chronic diseases a person can face.Today is World Diabetes Day, and during November which is National Diabetes Awareness Month.Diabetes affects approximately 30 million people in the U.S., and yet it is one of the most commonly misunderstood diseases.There are actually several types of diabetes! The two main types are type 1 diabetes and type 2 diabetes, and type 2 diabetes is most common of the two, according to the Centers for Disease Control and Prevention (CDC).

Type 1 diabetes was called “juvenile diabetes” but it’s often diagnosed in adults too.Type 1 diabetes and type 2 diabetes are both bad! They both require monitoring of blood sugar, which is expensive and invasive. They both cause the same kinds of complications, like blindness, kidney failure, and heart disease. Some people think type 2 diabetes is easier because they don’t go on insulin shots right away. Well, people with type 2 diabetes have to carefully watch what they eat and get more exercise

This isn’t a “pop a pill and you’re done” disease. Diabetes requires a lot of thinking and monitoring.test your blood sugar more-than 5 times in  a day, in addition to wearing an insulin pump.count the carbs in everything you eat and try to balance that with insulin.

Insulin pumps buzz. Glucose meters beep. There are audible noises we hear daily. But diabetes is also intrusive. When blood sugar goes high or low, it brings our world to a halt.Symptoms of high blood sugar usually include thirst, excessive urination, and nausea. Low blood sugar can cause weakness, dizziness, and excessive hunger

People with diabetes can eat sugar! use an insulin pump to match the food you want to eat with the right amount of insulin. Of course, the carbs in homemade goodies and restaurants food are still complicated to calculate, so some people choose not to indulge at all. But everyone is able to make their own decision.