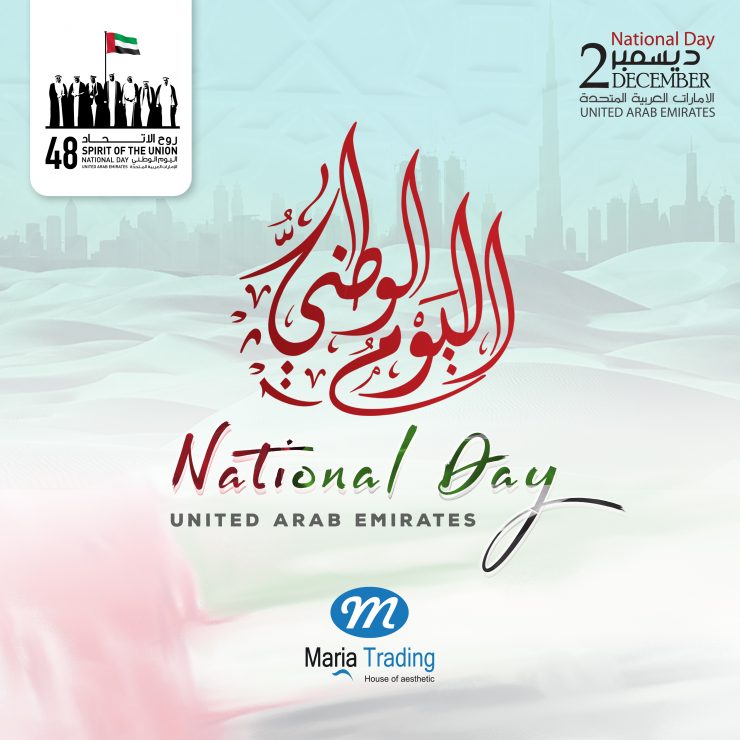 UAE national day, a commemoration of unity and pride is Celebrated on 2nd December every year the United Arab Emirates national day marks the union between 7 Emirates and acclimatization from the British dependency for the conformation of United Arab Emirates in 1971. The seven states which form the UAE are Abu Dhabi, Dubai, Sharjah, Ajman, Umm al Quwain, Fujairah, Ras Al Khaimah. Being, Ras Al Khaimah joining the as the seventh emirate in 1972.
The idea of a united colonization in UAE began soon after the British declared their willingness to withdraw from colonies and protectorates of the eastern Mediterranean. A meeting was held between Sheikh Zayed bin Sultan Al Nahyan and Sheikh Rashid bin Saeed Al Makhtoum and upon mutual consensus, they decided to unite, inviting the other Gulf Emirates to join hands
Although the British departed in 1968, the National Day celebrations started three years afterward in 1971, when the Emirates federal constitution approved the principle on Dec 1, 1971. The very next day, the seventh emirate decided to join hands as well. The current flag of UAE was raised in a hostel building, now known as the “House of Union”, where the heads of 7 emirates gathered to take an influential decision. Sheikh Zayed was the elected president of the union and Sheikh Rashid was the vice president of UAE. Each year, the 2nd of December marks the festivities of the National day of UAE.